Vi and Grant and Jan and Brian came to stay last week – good friends from Canada here to see the Real Ireland.

We had some challenges right away. First, the rental car Grant had booked was under repair and the substitute, although it nominally held all six of us, was too cramped and uncomfortable to venture too far afield. Second, muscle wear and tear issues among the group dictated that walks not be too long or arduous.

On the Sheep’s Head

No problem! The weather was (mostly) fine, we got in one good hike on the Sheep’s Head, and then set about discovering the delights of flatter terrain, local amenities and cultural events. Robert and I hadn’t toured Bantry House before, although we had been there for concerts. The house will be a future post in itself, but for the moment it’s worth recording that this may be the last summer to see it with its original furniture, as much of it is on the auction block later this year. 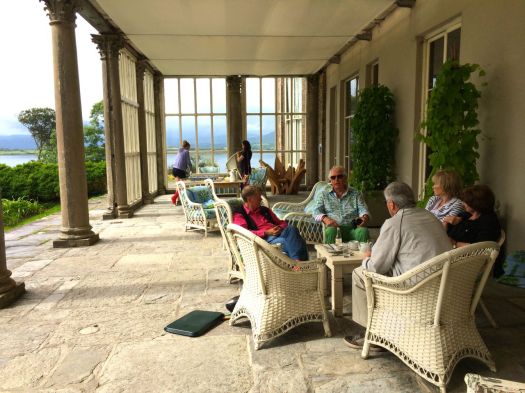 Tea on the terrace

One day we spent exploring the area south east of Skibbereen. We started with lunch at Glandore overlooking the harbour, then on to the obligatory stop at the Drombeg Stone Circle, one of the better-know recumbent stone circles that dot West Cork. On to Coppinger’s Court (another subject for a full post), a 17th century fortified house and home to one of the fearsome characters in West Cork history. Back then to Castletownshend and dinner in Mary Anne’s, followed by a concert in the little church of St Barrahane’s. This was an evening of Beethoven, Debussy and Rachmaninov with Christopher Marwood of the Vanbrugh Quartet on the cello, and the brilliant young American Alexander Bernstein on the piano. It was truly a world-class performance, eliciting a standing ovation from the appreciative audience. 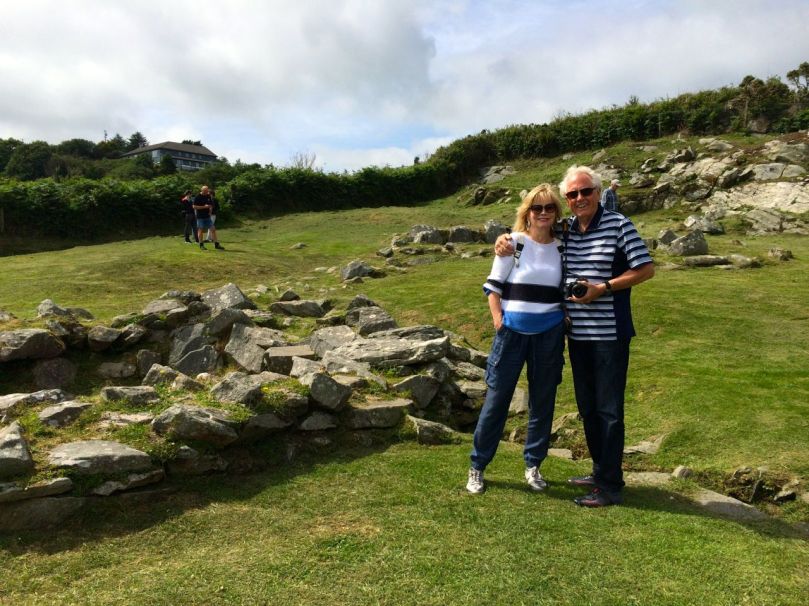 At Drombeg, Jan and Brian

Another day, we wandered around Schull, dipping into the shops and stopping for coffee. Later that evening we attended PlayActing Theatre’s two one-woman shows in the local parish hall. Karen Minihan brought us up to date with her character, Eileen, going through a midlife crisis – it was moving, sad and funny all at once. Then Terri Leiber took us into the experience of eight-year-old Stacey negotiating the dysfunctional lives of the adults around her in 1960s Britain – a tour de force in which she played every role, with a minimalist stage set, a soundtrack from the times, and a beautiful nuanced performance.

Terri Leiber in May the Force

Shopping at the local markets always makes food preparation easier and fresher and we all took turns.

In Baltimore, we walked out to the Beacon, with its marvellous views of Sherkin Island and the faraway mountains of Kerry. We hope it’s a good memory to take away of this special part of Ireland.

At the Baltimore Beacon

Vi and Grant, Jan and Brian – Ferdia has been missing you already!